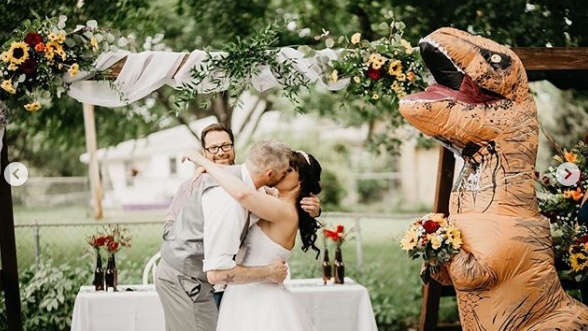 Everyone Has That One Sibling Thats Just A Little …..different!

Everyone has that one sibling thats just a little …..different! And in Deanna Adams case that sibling is her sister Christina!

Christina Meador was a maid of honor in her sister’s wedding. …….Her sister told Christina she could wear “anything,” so Christina decided to wear a T-Rex costume. 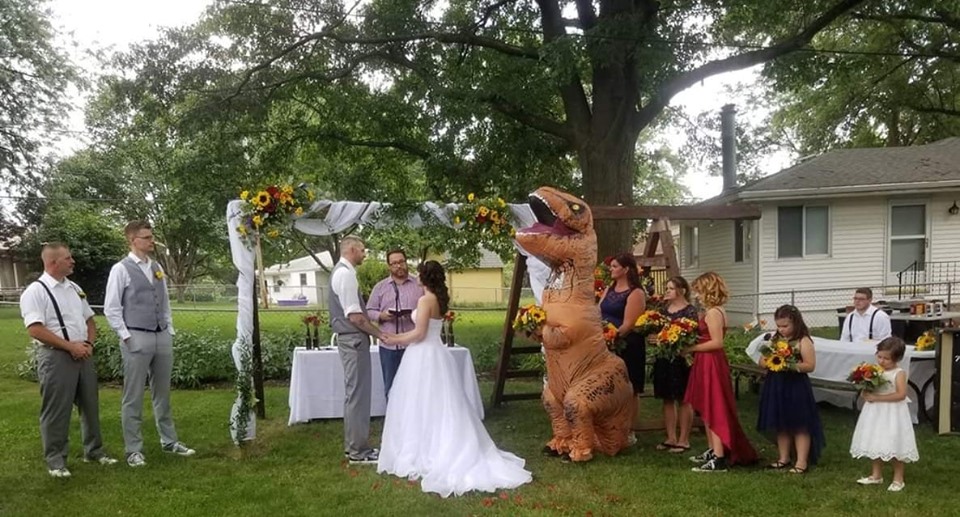 Christina, who’s not a big fan of formal dresses, wanted to wear something she could wear more than once. She says, “My sister did say ‘anything’, and if I’m spending more than $50, I want it to be a dinosaur costume, because they’re fantastic and I’ve always wanted one.”

The bride took the joke in stride: “My sister is awesome and I genuinely was not kidding when I said she could wear whatever she wanted.”

Christina said she checked in with her sister before the wedding to make sure she was okay with her wearing a T-Rex outfit.

Would you let a T-REX be in your wedding party?

Head to CHOK’s Facebook page and tell us what you think!!!